THE HISTORY OF CATS
A cry for help
In 1997, a lady suffering from Thyroid disease went on a local radio show to ask if there was anyone else in the region who shared her frustration in the lack of information available about Thyroid disease and Thyroid related conditions. Listening to that very show was another lady who similarly suffered from Thyroid Disease and felt the same. On that day the two ladies joined forces and during the following weeks they received a staggering 300 calls from other people in South Lakeland who suffered from Thyroid Disease. After constant requests for information and support, June Kasavan and Moyra Marshall formed Cumbria Action for Thyroid Sufferers. The group went from strength to strength attracting members from all over Cumbria and beyond. The group went on the establish themselves as not just a local support group for thyroid problems, but one with some national notoriety, resulting in queries received from the prestigious British Medical Association. In 2002 the group achieved Charity Status.

Cumbria Advisory Thyroid Service
The group continued to enjoy huge success and popularity among the people who were being diagnosed with Thyroid Disease and also the medical profession who recognised the invaluable support that the group offered, free of charge, to the local community. In 2003, June was diagnosed with Cancer and owing to her deteriorating health it was decided that the group would relinquish their Charity status and reform as a smaller support group. June lost her battle with Cancer in 2004 and with her blessing, the group Cumbria Advisory Thyroid Service was formed in 2004 with Moyra Marshall continuing in the role as group leader.

The future
The group has won many accolades and most recently has been awarded a grant from the National Lottery. They continue to promote Thyroid awareness within the South Cumbria area and have plans to extend this support into secondary schools during a proposed programme of events in 2008. CATS believe that awareness of Thyroid conditions and how to treat and more importantly manage the condition is imperitive to a normal lifestyle. They believe that as many young adults and teenagers are now being diagnosed with the condition, that they should be educated to the risks and possible preventions as early as possible.

A Grand Day Out

As part of the award the group were invited to attend a garden party in the presence of The Queen at Buckingham Palace. Gill Steele, Group Co-ordinator went to represent C.A.T.S. and here is her memory of the day.

Tuesday 21st July 2009
The weather from the window of our London hotel was not good. Dull, but not cold, with rain lurking but we were so excited it didn’t matter. The gates to the Garden Parties at Buckingham Palace do not open until 3pm but you have to queue up early. At 2.30pm the queue was lengthy and in good spirits despite the fine drizzle that had started to fall. Luckily we came prepared with a big, black umbrella. At 3.30pm we passed through the gates and into the palace grounds. The walk across the forecourt, through the arch way and under the main balcony I recognise from on the television but to go into the palace and walk up the red carpeted staircase that so many famous people, from our country and the world throughout history, have taken was an amazing feeling.

Her majesty the Queen looked lovely in a jade green outfit. Princess Anne wore cream and brown while Prince Charles had a beautiful pink rose in the lapel of his grey morning suit. Camilla looked stunning in a fawn and apple green outfit with a matching hat. Both Charles and Camilla came across to chat and enquired how far we had travelled and hoped we had not got too wet (the rain having now intensified). Both were very relaxed and friendly.

The quality of the food was outstanding with a huge variety of dishes to tempt everyone. I was especially grateful for the well made cup of tea that was so tastefully presented. It’s a marvel as to how they manage to cater for so many people.

By 5.30pm the drizzle had changed to heavier rain and everyone, including the royal party hurried to find cover. The queue for a taxi outside was an interesting experience but we passed the time chatting to a couple who had travelled all the way from Sydney, Australia for the event. Eventually we managed to get ourselves back to the hotel for a well earned rest.

Back at the hotel we had a nice surprise as we met a very familiar face who had also been attending the garden party, the actress Jenny McAlpine, known as ‘Fizz’ in Coronation Street. What a lovely, friendly and down to earth person. We compared our similar outfits and hats and her father took some photo’s. As you are not allowed to take any photographs in the palace grounds it was lovely to have a memory of the day that we can look back on.

It was a surprise phone call from the office of the Lord Lieutenant of Cumbria that started the chain of events leading to C.A.T.S. being invited to attend the Queens 90th Birthday Lunch Celebrations in the Mall. The Queen supports many charities and voluntary groups but for our group to be selected (only 4 groups were selected from Cumbria) to attend such a memorable event is indeed a great honour

Sunday June 12th 2016
The sun was shining as Terry and I left our hotel to travel to the Mall where the celebrations were being held. As we travelled along it started raining just fine drizzle at first but as we reached the Mall it became heavier. The gates opened at 10 o’clock and there was already a long queue when we arrived. For security reasons we were not allowed to have any umbrellas, but we were given plastic pac- a -macs which kept a lot of the rain off. Slowly the queue edged forward, by now the rain was much heavier, however people were in a very jolly mood despite the rain

As we entered the gates to the Mall we received our pic-nic hampers, bottled water, a goody bag and a celebratory cup and saucer, plus some celebratory souvenirs to help us remember this memorable day. From our seats we had an excellent view of the festivities, and the entertainment that was provided. An added bonus was about 1pm, it stopped raining and we were rewarded with brilliant sunshine.

Around 3pm the Queen and the Duke of Edinburgh drove down the Mall. The Queen wore a beautiful pink outfit with a lovely hat to match. They joined several members of the Royal family on the stage for the speeches. When the speeches finished the Queen and the Duke of Edinburgh joined Prince William and Prince Harry to return back down the Mall in the royal car. As the party came to a close Terry and I made our way back to King’s Cross Station for our journey home. It had been a fantastic day, and I am sure this memorable occasion will stay with us for many years to come. Thank you to all concerned for giving C.A.T.S. this wonderful opportunity. 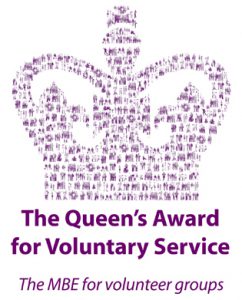